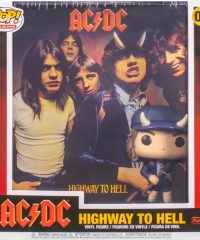 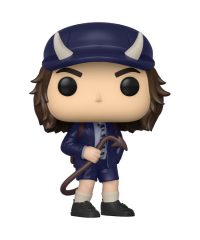 Released in 1979, Highway To Hell is AC/DC’s sixth studio album and was the last to feature vocals from Bon Scott, after his unfortunate passing earlier the follwoing year. With hits such as ‘Girls Got Rythym’ and ‘Highway To Hell’, the album has gone on earn legend status in the rock scene.

This new Pop! Albums features the iconic cover with all of the band members, and comes with an Angus Young Pop! Vinyl Figure as he appears on the cover, complete with devil school uniform and holding his tail.

Be the first to review “AC/DC – Highway to Hell Pop! Album” Cancel reply