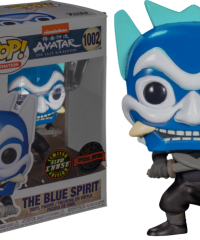 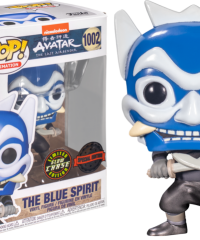 Here we have Zuko, wearing his iconic Blue Spirit mask and armed for battle.

THIS IS THE RARE GLOW IN THE DARK CHASE VARIANT….