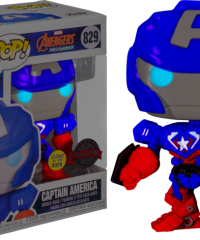 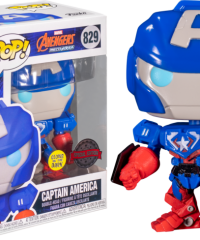 Earth’s Mightiest Heroes are gearing up for one of their biggest battles yet, and it calls for something mech-sized!

Released in early 2021, Avengers Mech Strike, sees the Avengers confronted with an unstoppable new menace, one that is seemingly impervious to their every strength! However, the Avengers aren’t so easily beaten, and when new threats arise, powerful new tools must be brought to bear… mech!

Here we have Captain America in his Mech Strike form, complete with a stunning Glow in the Dark finish.