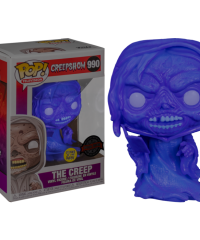 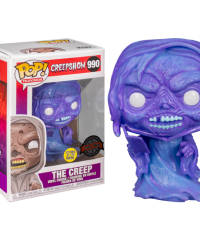 Written by Stephen King and directed by George A. Romero, it’s no surprise that Creepshow holds a place in the hearts of horror fans around the world, and now the cult classic horror flick has been resurrected as a new anthology television series!

Released in 1982, the film consists of five short stories: “Father’s Day”, “The Lonesome Death of Jordy Verrill”, “Something to Tide You Over”, “The Crate” and “They’re Creeping Up on You!”

Here we have The Creep, the “host” of Creepshow, who comes complete in his deteriorated state and holding the classic Creepshow comic book. Not only that, he evens has a stunning Glow in the Dark finish. This truly is a must-have piece for any horror fan!

Be the first to review “Creepshow – The Creep Glow US Exclusive Pop! Vinyl [RS]” Cancel reply