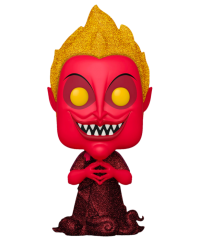 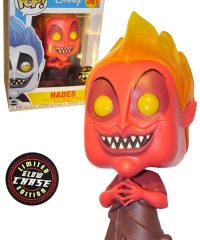 Released in 1997, the Hercules film puts a modern Disney spin on the legendary hero Heracles, the son of Zeus in Greek mythology, known in the film by his Roman name, Hercules.

This Pop! features Hades, Zeus’ evil brother who plots to overthrow Zeus and rule Mount Olympus. He may be a villain, but there’s no denying how amazing his blue hair looks with the new Diamond Glitter finish. More importantly, he comes with the chance of a Red Glitter Chase Variant with Gold Hair!