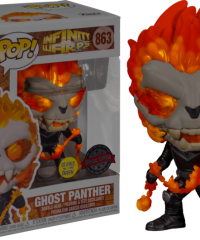 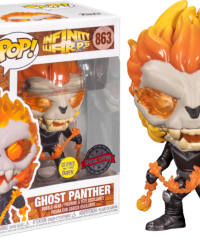 Here we have Ghost Panther, a combination of Ghost Rider and Black Panther, armed with a chain, who comes with a stunning Glow in the Dark finish.