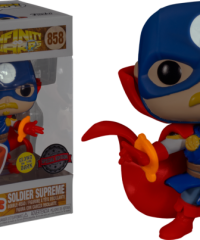 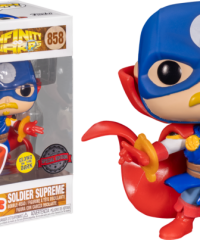 Infinity Warps – Soldier Supreme with No Shield Glow in the Dark Pop! Vinyl

Here we have Soldier Supreme, a combination of Captain America and Doctor Strange, who comes with a stunning Glow in the Dark finish.

Be the first to review “Infinity Warps – Soldier Supreme with No Shield Glow in the Dark Pop! Vinyl” Cancel reply