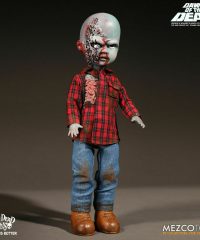 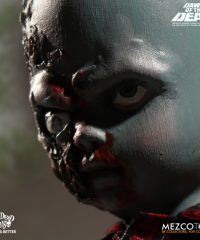 The Living Dead Dolls join with one of the greatest zombie films of all time to present two of the most recognizable undead corpses in cinematic history: Flyboy and Plaid Shirt Zombie.

Both zombies clawed their way into the public consciousness from their appearance in George A. Romero’s groundbreaking horror film, Dawn Of The Dead. Now, they shamble their way into the world of the The Living Dead Dolls as two putrid new figures:

Plaid Shirt Zombie: Straight from the original Dawn Of The Dead poster, this figure features an all-new head sculpt and a newly sculpted torso that simulates his rotting flesh.

Each doll stands ten inches tall, features five points of articulation, and wears real cloth clothing. Each is packaged in a collector friendly die-cut window box with unique Dawn Of The Dead graphics. 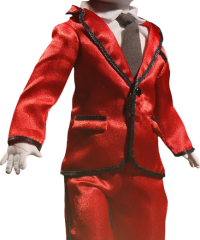 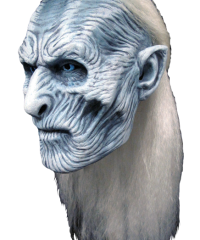 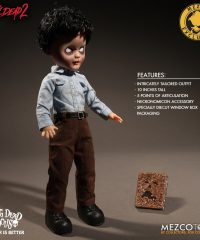