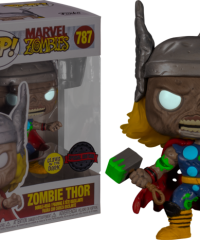 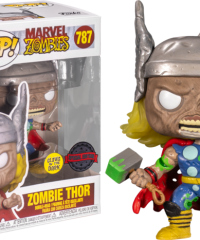 Ever wondered what would happen to your favourite superheroes and villains if a zombie apocalypse ever broke out? Well as we learn in the epic Marvel Zombies series, (written by Walking Dead creator Robert Kirkman), their powers aren’t exactly immune to any virus.

Here we have the God of Thunder, decaying away with his hammer in hand. At least he boasts a Glow in the Dark finish!

Put it this way, if their superpowers aren’t enough, their appearance alone is enough to scare the hell out of anyone.