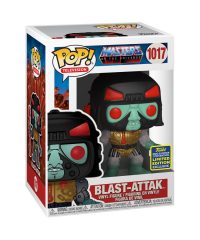 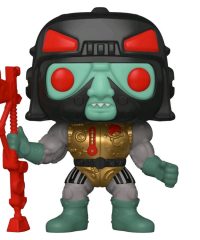 Masters of the Universe – Blast-Attak SDCC 2020 US Exclusive Pop! Vinyl

When the evil Skeletor finds a mysterious power called the Cosmic Key, he becomes nearly invincible. However, courageous warrior He-Man locates inventor Gwildor, who created the Key and has another version of it. During a battle, one of the Keys is transported to Earth, where it is found by teenagers Julie and Kevin. Now both He-Man and Skeletor’s forces arrive on Earth searching for the potent weapon.

This fantastic Pop! vinyl figure features Blast Attak, A member of the Evil Warriors and later the Snake Men. He is an android built as a walking time bomb.

Be the first to review “Masters of the Universe – Blast-Attak SDCC 2020 US Exclusive Pop! Vinyl” Cancel reply