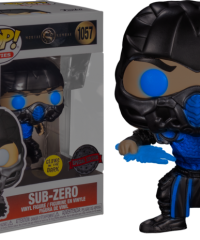 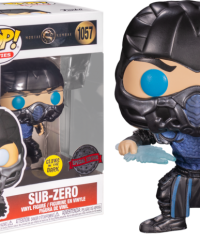 It’s been almost 25 years since we visited Earthrealm on the big screen, but now fans of the iconic video game franchise will once again get the chance to see their favourite fighters in the new Mortal Kombat reboot!

In Mortal Kombat, a washed-up MMA fighter is unaware of his hidden lineage or why he is being hunted down by Sub-Zero of the Lin-Kuei clan of assassins. Concerned for the safety of his family, he seeks out a clique of fighters who were chosen to defend Earthrealm in a high-stakes battle against the forces of Outworld.

Here we have Scorpion in a crouching position, preparing to unleash a fatality like no other.

Missing out on these new Mortal Kombat Pop! Vinyl Figures will leave you feeling like you’re on the end of a fatality, so be sure to add them to your Funko collection today.

Be the first to review “Mortal Kombat (2021) – Sub-Zero Glow in the Dark Pop! Vinyl” Cancel reply