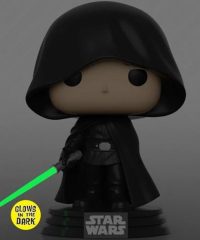 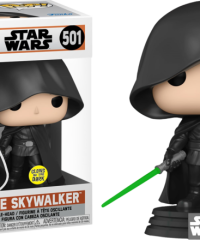 Here we have Luke Skywalker, straight from the Season Two finale in which he appeared to unleash his fury on the Dark Troopers and help rescue his friends. It was one of the most epic moments of all time, seeing Luke’s iconic green lightsaber light-up was a visual every Star Wars fan loved.