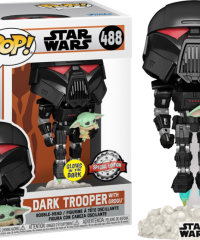 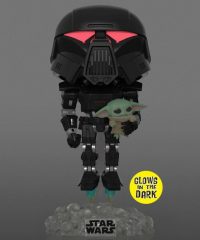 Here we have the terrifying Dark Trooper who came down and snatched poor little Grogu from the Jedi Temple on Tython. He comes complete with a Glow in the Dark finish.