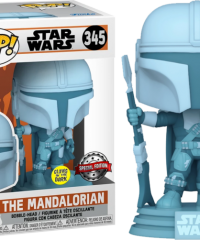 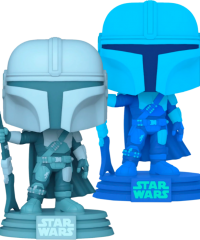 Here we have Mando as he appears when he sends the hologram message to Moff Gideon, just to let him know that he’s in for a world of hurt. He comes complete with a Glow in the Dark finish.