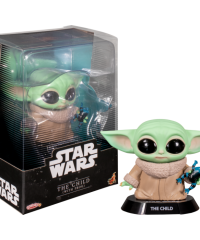 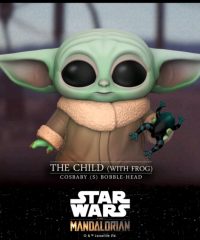 Star Wars: The Mandalorian – The Child with Frog Cosbaby

The Child with Frog Cosbaby (S) Hot Toys Figure features the ridiculously cute baby Jedi looking innocent with a soon to be devoured frog in hand.

Bring the Force to your Star Wars Cosbaby collection with The Child and his yummy frog.

Be the first to review “Star Wars: The Mandalorian – The Child with Frog Cosbaby” Cancel reply