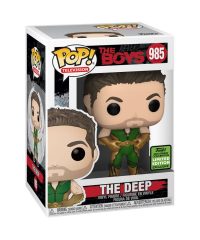 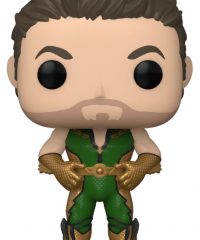 The Boys is a television series set in a universe where superpowered people are recognised as heroes by the general public and owned by powerful corporation Vought International, which markets and monetises them. Unfortunately outside of their heroic personas, these heroes are mostly arrogant and corrupt. It focuses primarily on two groups; the “Seven”, Vought International’s premier superhero team, and the titular “Boys”, vigilantes looking to keep the corrupted heroes under control.

Funko’s new wave of The Boys Pop! Vinyl Figures features a variety of heroes including Homelander, the extremely powerful leader of the Seven, in both a standard and a levitating pose, his former girlfriend Queen Maeve, the fastest speedster A-Train, the “out for revenge” Hughie, Translucent, who can turn himself invisible, Starlight, (who comes with a Glow in the Dark Chase variant), as well as the leader of The Boys, Billy Butcher, who is looking forward to ensuring the members of Seven are kept in check.

Be the first to review “The Boys – The Deep ECCC 2021 US Exclusive Pop! Vinyl [RS]” Cancel reply