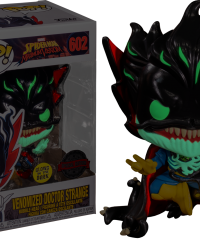 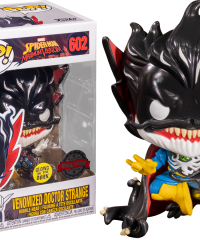 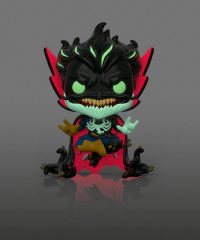 It’s time to see your favourite Marvel heroes and villains like never before, with Funko’s newest addition to their popular “Venomized” series. Each figure takes your favourite characters and gives them a unique venom twist, making them a must for all Marvel collectors.

Included here are characters from Marvel’s upcoming Spider-Man: Maximum Venom series, which will be the third season of Disney XD’s Marvel’s Spider-Man, which follows Spidey as he is “pushed to his breaking point when Venom summons an earth-shattering threat from its home planet.” Peter Parker will not only have to come face-to-face with Eddie Brock/Venom, but also Venomized versions of his allies in the Avengers.

Here we have the incredible Venomized Doctor Strange Pop!, which comes complete with a stunning Glow in the Dark finish.