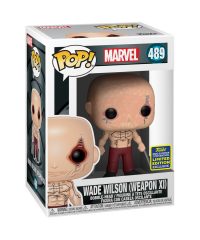 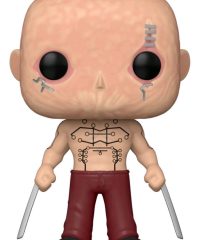 In the world of Marvel Comics and the MCU, Deadpool is a fictional character created by Fabian Nicieza and Rob Liefeld. First appearing in The New Mutants comic #98 in 1991, the character has since become a much-beloved anti-hero for his fast talking ways, humorous personality, and multiple crossovers as well as breaking of the fourth wall within the universe.

Wade Wilson is Deadpool’s name; the character is a mercenary with superhuman strength, agility, reflexes, and stamina. A popular character with a cult following, he is rarely seen without his mask due to the genetic mutation that caused his superpowers. This exclusive San Diego Comic Con Funko Pop Vinyl figure features Deadpool as Wade, and is a must-have for any pop culture, Marvel, MCU, X-Men or Deadpool collection!